In 2003, Ghana’s National Health Insurance Scheme (NHIS) was established using a set of unique earmarked funding sources to help move the country toward Universal Health Coverage. This funding provided a critical source of domestic revenue that allowed Ghana to remove its previous “cash and carry” system of paying for health services and implement one of the best-known public insurance schemes in the region. This blog post details the structure of the NHIS, multiple DRM reform stages, and the impacts thereof. The Joint Learning Network’s Innovations to Prepare for the Next Pandemic   Authored by the Patient Pathways During Pandemics: COVID-19 and Beyond learning exchange team at Aceso Global.   The COVID-19 pandemic has exposed and exacerbated many of the...

END_OF_DOCUMENT_TOKEN_TO_BE_REPLACED

In 2020, the JLN Primary Healthcare (PHC) Financing and Payment collaborative pushed the boundaries of traditional webinar group-based learning and tested a more intimate and in-depth collaborative learning modality: country pairings. This modality pairs two or three countries with a specific interest in a topic – one that may not be a widely shared interest across the collaborative – to probe deeper into the implementation experience of the resource country and discuss details that are relevant to their countries. In this blog, we highlight three country pairings and share overarching lessons implementing this modality.

END_OF_DOCUMENT_TOKEN_TO_BE_REPLACED 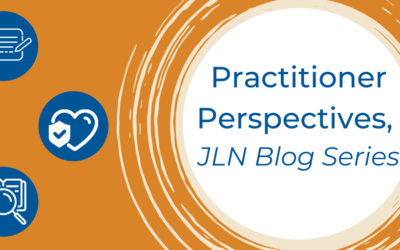 Health Earmarking in the Philippines

The Philippines started its path toward universal health coverage (UHC) in 1969 with the creation of an early Medicare health insurance scheme, where direct payments were made to accredited providers or to patients for reimbursement. After decades of implementation, more than half the population remained without health coverage, prompting the creation of the Philippines Health Insurance Corporation (PhilHealth) in 1995—a parastatal entity tasked with managing delivery of a costed benefits package to all citizens through a mix of premiums, user fees, and government subsidies for the poor. PhilHealth has progressively expanded to cover a greater number of services for larger segments of the population, with Sin Taxes providing an avenue to drive expansion in fiscal space for health.